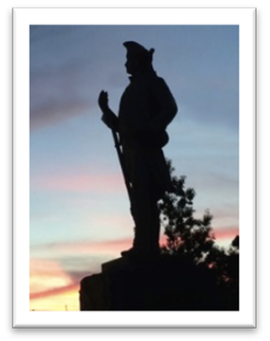 Who are the Church and Cannon Chapter, NSDAR, Daughters

New Jersey Daughters, descendants of ordinary women and men who achieved extraordinary things, share a common bond of ancestry and are proud of their heritage and the role of their ancestors, who risked their lives, fortunes, and sacred honor in establishing our great country. We honor their sacrifices through the volunteer work of our members in the mission areas of DAR.
Wreath laying ceremony honoring all the unknown soldiers killed during
​the Battle of Springfield, June 23, 1780. 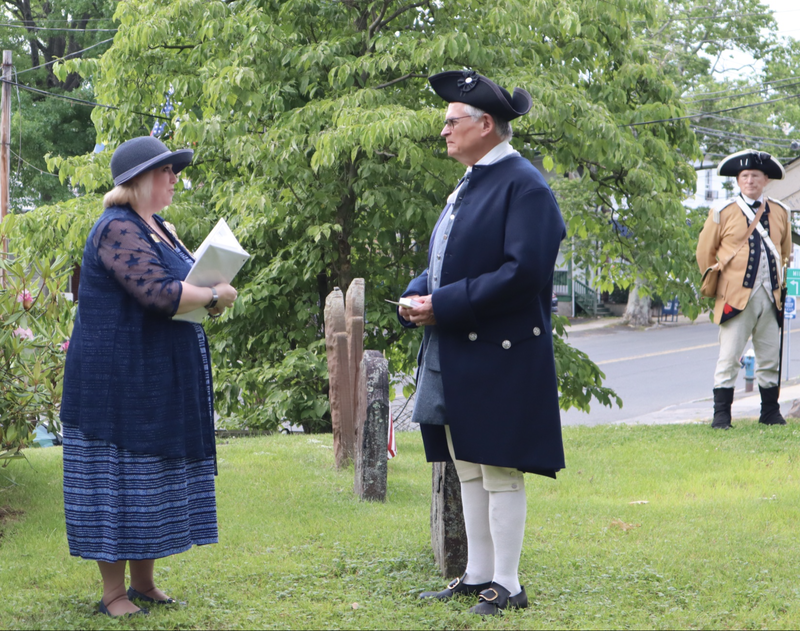 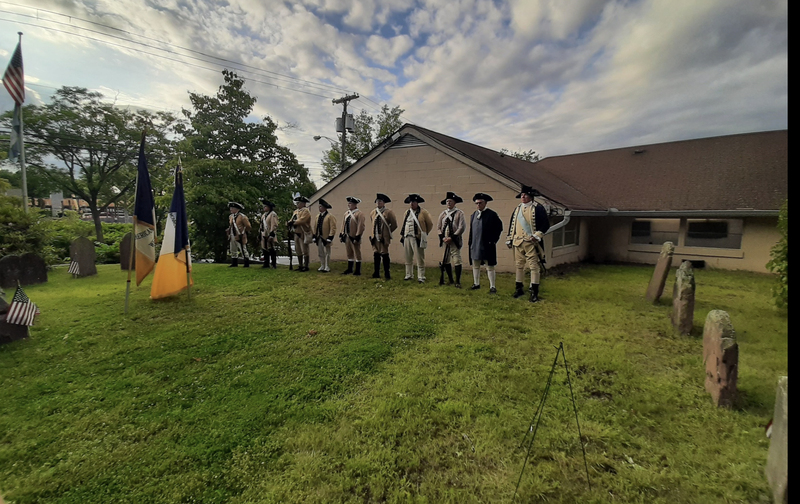 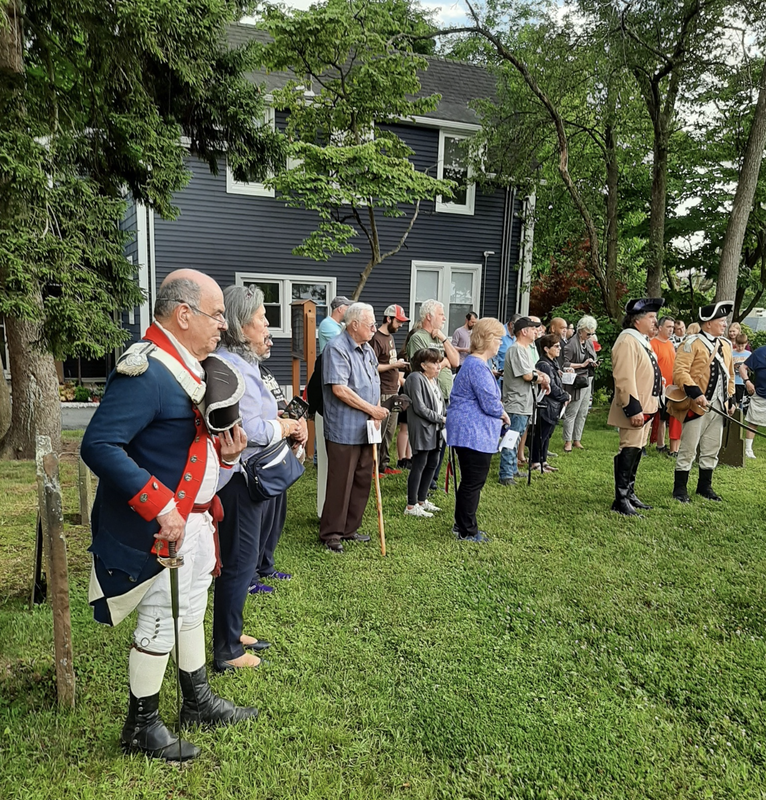 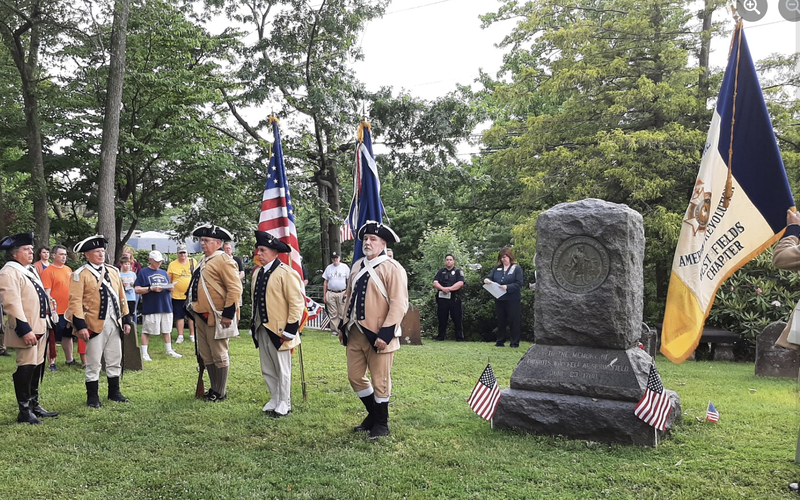 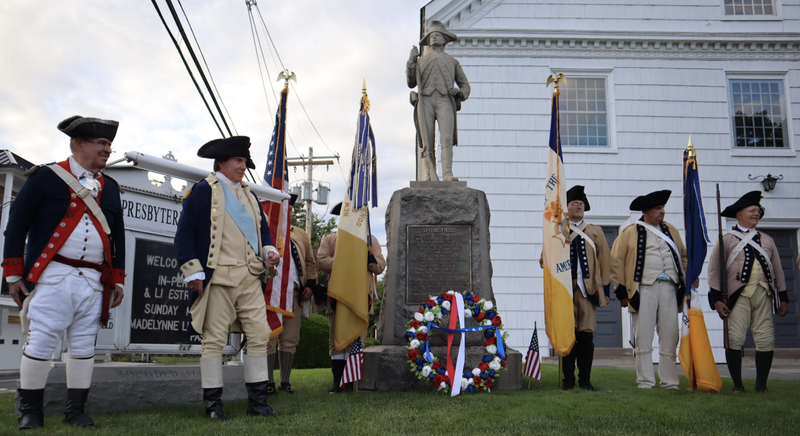 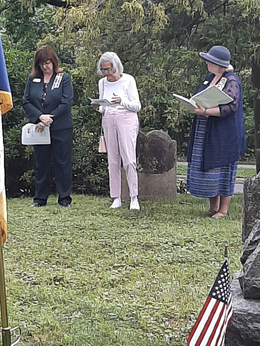 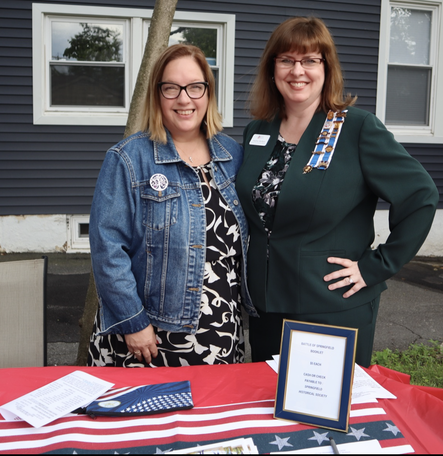 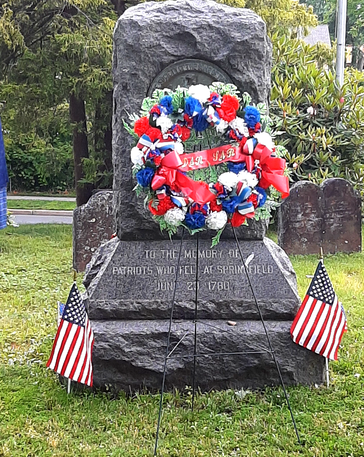 On June 23, 1780, General George Washington and his army were camped in Morristown, New Jersey. The British army had crossed over from New York to Elizabethtown and was planning to march to Morristown to take Washington by surprise. Their route would be over the New Jersey Turnpike, which passed through Springfield and Hobart's Gap, the latter being one easy access through the Short Hills.  Washington had directed that a cannon, and a tar barrel on a pole, be placed on the highest point at the Gap. The flaming tar barrel at night was the "call to arms".  By day, the responding echo of the cannon warned all within earshot that the British were coming. On June 23, the militia and farmers had gathered in response to the cannon fire and put up such stiff resistance that the well-trained British soldiers and their Hessian mercenaries were forced to retreat, burning homes and buildings as they left. They never reached Hobart's Gap but were turned back between the cannon on the hill, and the Presbyterian Church which the British also burned. This battle marked the last of the British efforts to invade New Jersey.  The story of this historic battle is not complete without mentioning the courageous Parson Caldwell who replenished the supply of paper wadding for the guns by using the Watts Hymn books from the Presbyterian Church, stripping the pages from them, and saying to the soldiers, "Give 'em Watts, Boys." On Hobart Avenue in Summit, New Jersey, can be found a bronze plaque, located on a huge boulder, which marks the spot where the cannon and lighted tar barrel sent out their alarm. This plaque is about one hundred yards from the Morris Avenue Turnpike.

Part of the battleground has been protected, and thanks to the Sons of the American Revolution, it is now the property of the Church And Cannon Chapter, NSDAR.  The Cannon Ball House, 126 Morris Avenue, one of the four buildings left standing after the retreat, is now owned and cared for by the Springfield Historical Society. (Excerpt from History of Chapter Names of the New Jersey State Society of the Daughters of the American Revolution, 1891-1985. pp. 13-14) 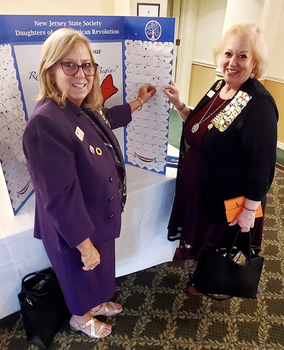 Where Does Your Revolutionary Story Begin?​ 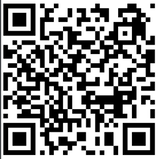 ​REMEMBER
our fallen U.S. veterans.
HONOR
those who serve.
TEACH
your children the value of freedom
Do you have a Revolutionary Patriot in your family tree?
​
Accepted Revolutionary War Service

Guests and prospective members are warmly welcomed at our meetings. If you are interested in attending, please contact us. 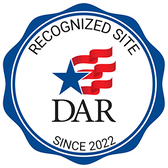